At many places across South Tyrol, in northern Italy, one can see a peculiar geological formation called “earth pyramids”. They consist of tall cone-shaped pillars made of clay, with a boulder resting on top.

These unusual structures started forming from moraine clay soil left behind after the last Ice Age when the glaciers melted away. In dry condition the soil is hard as stone, but as soon as it rains, it turns into a soft muddy mass, starts sliding, and forms large slopes 10 to 15 meters steep. When the rainy season starts, these slopes erode away. But when there are rocks in the mud, the clay soil underneath these rocks stays protected from the rain. So, while the surrounding material is continually carried off with the rain, the protected pillars rise out of the ground to form majestic earth pyramids. It can take hundreds to thousands of years for these pyramids to form.

The pillars continue to erode, but more slowly then the rest of the terrain. At some point in the future, the columns will lose the strength to hold the large rock overhead. Once the boulder falls from the peak, the column will erode away rapidly.

Earth pyramids are unique to South Tyrol, but fairly widespread. The best ones are located on the Ritten, a plateau not far from Bozen in northern Italy. Earth pyramids are also found at Platten near Percha in the Puster Valley. 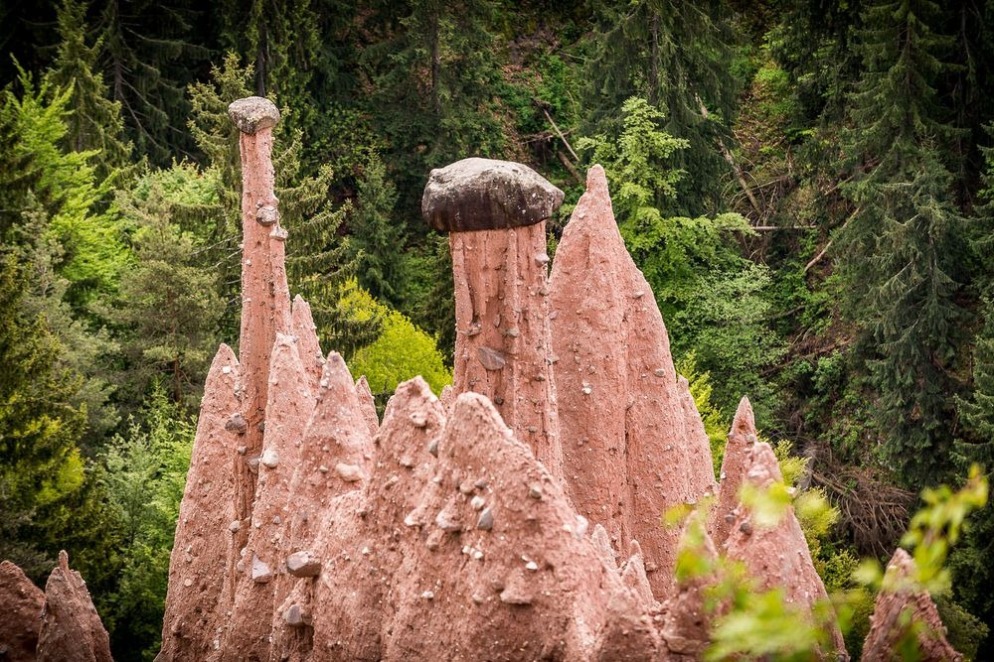