Locals call the building “the Grudge” and rightly so. This extremely narrow building standing on a mere 120-square-meter piece of land in Beirut was built specifically so that one man can block another man’s view of the ocean.

According to the prevailing lore, these two men were brothers, who each inherited a plot, but were unable to arrive at a mutual agreement on how to develop their respective properties. One of the brothers owned a minuscule plot of land, and was bitter for receiving the short end of the stick. Unable to build anything useful on his property, the jealous brother erected a narrow building, which was more or less a wall, so that his brother’s view of the sea was blocked in the hope that this would cause the value of his land to decrease. 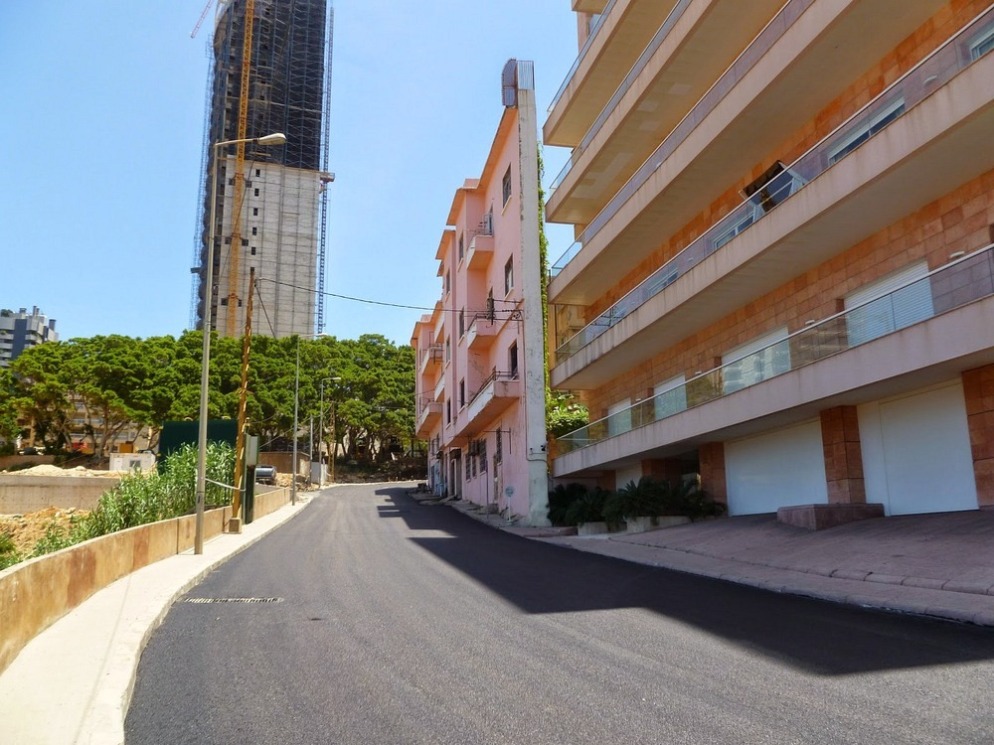 The building is 14-meter-high and no wider than a meter, but from the front it appears wider than it actually is, thanks to the numerous balconies and windows that provide the impression of spacious rooms behind.

According to residents in the neighborhood, The Grudge, or ‘al-Ba’sa’ in Arabic, was built in 1954. The livable wall ranges in depth from four meters at its widest, to sixty centimeters at its slimmest. Each floor is divided into two apartments. Each apartment is a series of rooms joined together by a corridor. The rooms diminish in size as the space gets narrower with each room, until it ends in a very tight space that functions as a walk-in closet. The other apartment, on the wider side of the building, is comparatively spacious. Each room has two windows, one opening towards the brother’s plot—now occupied by a German school—and the other opening towards the Mediterranean with its beautiful, uninterrupted view of the sea.

Although the building is practically useless, the Grudge’s current owners have no intention of demolishing it because if he does he won’t be able to build anything else in its place as the land where it stands is too small to be developed under the city’s current building and zoning laws. So letting the building stand and renting it out is more profitable for its owners than tearing it down. As of 2014, the ground floor is rented out to a mechanic who runs a shop there.