Skip to content
The first aircraft to land at the newly-launched Low Cost Carrier Terminal-KLIA (LCCT-KLIA) sits on the tarmac in Sepang outside Kuala Lumpur March 23, 2006.

An AirAsia plane went missing during a flight to Singapore shortly after asking to deviate from its planned flight path because of bad weather.

AirAsia flight QZ 8501 lost contact with air traffic control at about 6:17 a.m. on Sunday, about halfway through the flight from Surabaya, Indonesia to Singapore. The plane is thought to have crashed near the Indonesian island of Belitung, but search and rescue teams have yet to find any wreckage.

Satellite imagery from the area where the plane went missing showed severe thunderstorms around the time it disappeared: 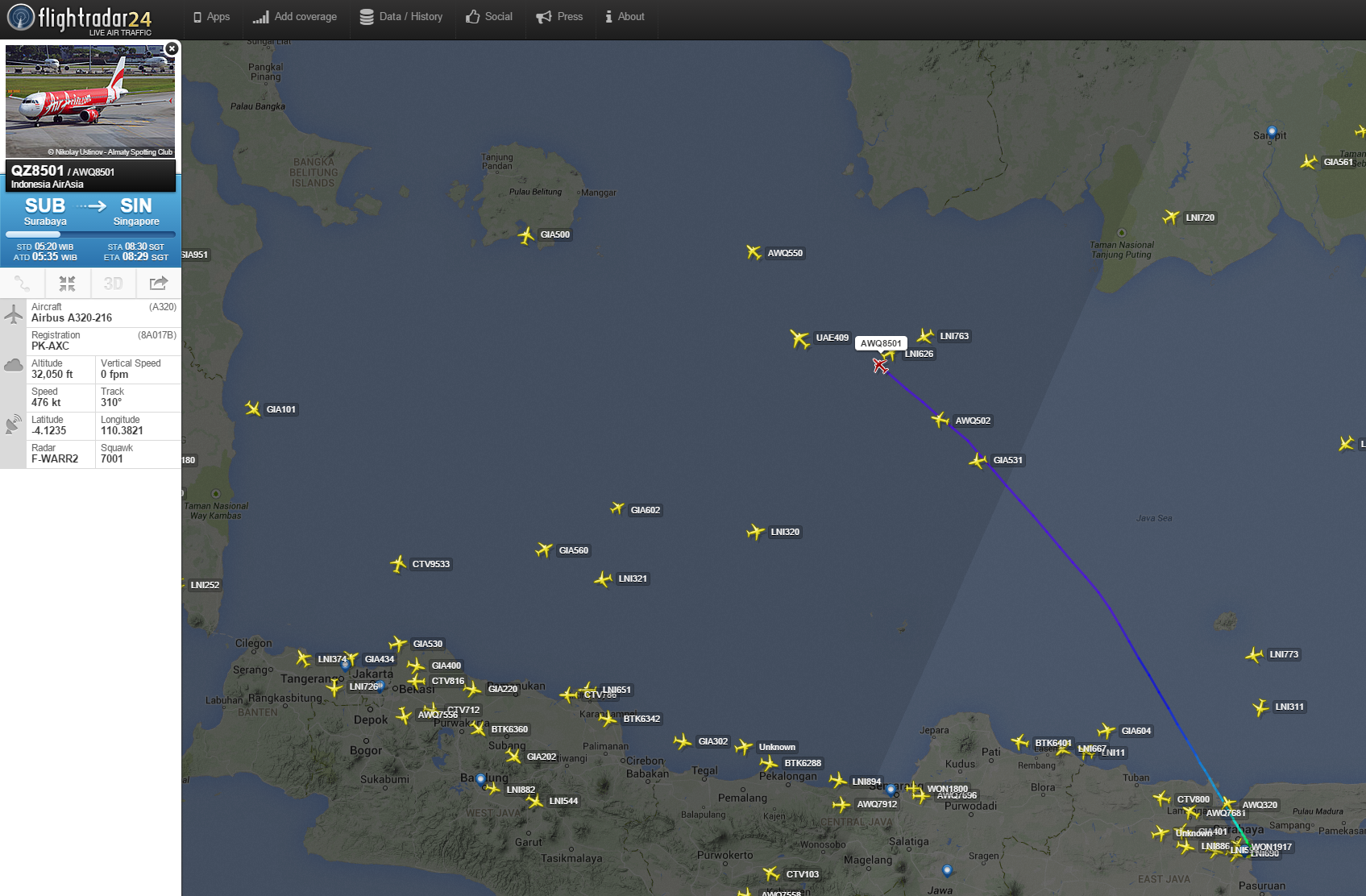 CNN meteorologist Derek Van Dam said “lines of very heavy thunderstorms” were present when the plane was in the air, but also pointed out that “turbulence doesn’t necessarily bring down aeroplanes.”

The search and rescue operation has been suspended overnight. Singapore’s air force and navy is helping with the operation to locate the plane.

Here’s where it lost contact with air traffic control:

155 Indonesians are on board the plane, along with three people from South Korea, and one from Singapare, Britain, Malaysia, and France. Of those passengers, 16 are children and one is an infant.

The missing plane is an Airbus A320-200, a popular and generally reliable model. The plane is about six years old and is operated by AirAsia’s Indonesian affiliate, which the Malaysia-based company holds a 48.9% stake in, CNN reports