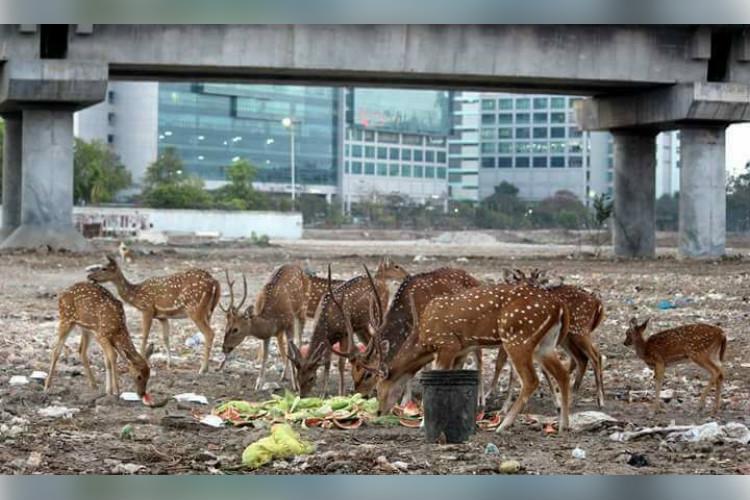 Over the past month, upsetting photos of spotted deer feeding on plastic and other waste in and around the Taramani area in Chennai have surfaced on social media. The deer had reportedly strayed from the IIT Madras campus or nearby areas. The loss of the forest ecosystem forces these herbivores to munch on plastic which in turn results in their death due to stomach bloating.

The pictures, which many are sharing on social media, were perhaps first postedby Facebook user Aarthi Gopalan.

Unfortunately, this is not new to a city that has witnessed several deer deaths over the years.

In fact, an RTI by animal activist Antony Rubin revealed that 220 deer and 8 blackbucks died between 2013 and 2016 on the IIT Madras campus. The campus, a thickly forested area, has increasingly come under the scanner for disrupting the ecosystem in the area with toxic waste and with garbage during its annual student fest, Sarang. After the January 2014 edition of Sarang, The Fifth Estate, a website run by IIT Madras students, reported that 21 deer had died and three were injured during the event.

Speaking to TNM, Antony Rubin says, “There is too much construction, debris and waste on campus. This has been happening for quite some time now. DLF bought a property in the area which was occupied by deer. They cleared out the entire building, so the deer came out and they are feeding on the garbage over there.”

Antony warns that trying to ‘trap them’ could prove fatal for these creatures. “Deer are very sensitive. If they are caught by force, they literally die within a few minutes because they go into shock. The death rate during translocation is about 20 to 30%. The ideal way is to slowly guide them towards Guindy National Park or IIT. There should be no traffic and it should be calm, so that the deer are not stressed.”

Animal rights activist Shravan Krishnan wrote on Facebook, “We have in fact spotted deers as far as Gandhinagar, Indra Nagar and past Kotturpuram. The main reason for these deers to stray out is because of loss habitat especially in IIT.  These deers stray out for food and water during the summers. You only see deers coming out, but we have spotted a whole lot of animals such as pangolins, jackals, civet cats, jungle cats and monitor lizards also venturing out due to habitat destruction. This problem will get worse in the coming years.

The only way to stop deers venturing out is to improve their habitat and to stop construction inside IIT and other buffer areas. (sic)”

In November last year, in response to Antony Rubin’s petition before the National Green Tribunal (NGT), the Forest Department had admitted that “due to the presence of the solid waste stray dogs are entering into the campus and they are attacking the deer and blackbucks and causing fatal injuries and in such circumstances necessary directions are to be issued to remove all the solid waste and to see that campus is free of stray dogs and protect the wildlife (sic).”

In December 2017, the southern bench of the NGT had directed IIT Madras to ensure that no further damage or injury is caused to the animals, including endangered species on campus.

IIT Madras, on the other hand, had claimed that they have an efficient process for solid waste management in place and blamed the increasing number of stray dogs on the campus for the death of the animals.

Meanwhile, the southern bench of the NGT has virtually become non-existent as its last member retired and no new appointment is forthcoming. Pending non-compliance appeals before the court are now left in the lurch.

With no way of filing appeals here, activists end up incurring significant expenditure moving the cases elsewhere. “The case keeps getting rescheduled here. So we are trying to move it to Delhi. What else can we do?” Antony asks. 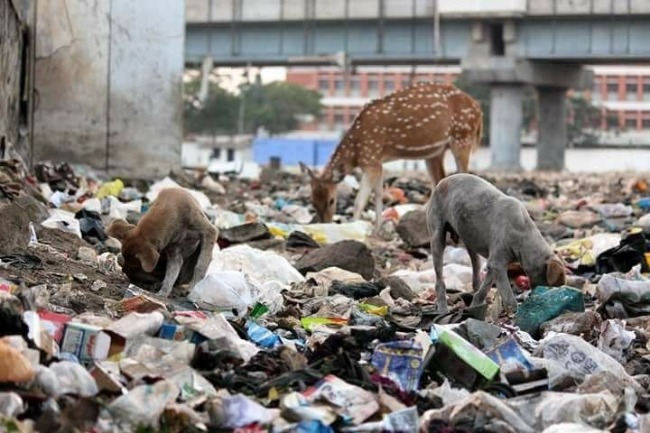