No membership, no one to supervise, and no last date to return books: Mahendra Kumar’s libraries run on no rules, and plenty of goodwill.

Chennai-based Mahendra Kumar speaks about reading and books with reverence and passion. “It is a character-building activity,” he says earnestly.

In April 2015, he decided to do something which he hoped would encourage people to read: He opened a library in Thirumullaivoyal, Chennai.

It wasn’t just your run-of-the-mill library. The most unique part about it wasn’t even that it was set up in a cement shop, where 69-year-old Mahendra shared a table with the shopkeeper.

What truly set it apart was there was no membership fee, no register to keep track. Literally anyone could walk in, pick up one of the 20 books, and take it home. They could return it whenever they wanted.

This was the first Read and Return Free Library (RFL). Now, Mahendra says that there are 66 of them across TN, and a few other states, with 10,000 books in all.

His first library in Thirumillaivoyal has now expanded to three cupboards, which he keeps outside his house,bursting with books. It stands completely unmanned.

“I could have kept a register perhaps, where people could sign with the book they were taking,” he adds as an afterthought. But Mahendra snaps out of it the very next moment. “I wanted no protocols, no control. Just people free to read and return books, as per their conscience.”

Presently, there are 48 RFL libraries in Chennai alone. The others are in Nilgiris, Coimbatore, Aurangabad and Mumbai.

But setting these up has not been an easy task. Unable to travel to these places himself, Mahendra would try to convince others to start such libraries.

“I would sometimes see contact numbers in books. Someone who has written an introduction or a foreword – I’d try to find their numbers. I would try to convince them then to start this in their locality. And I would send whatever little money I could to help them,” Mahendra shares.

One such person he convinced was a former classmate of his, Captain R Venkataraman, who started a RFL library in T Nagar, Chennai, in 2016.

“But there are only so many friends or family members who can be convinced,” Mahendra says. “If there are 66 libraries today, you can assume I made 6,000 calls for them.”

Not as easy as it seems

In the past two years, RFL libraries have sprung up in many different places – gated communities, railway stations, hospitals and even a barber shop. 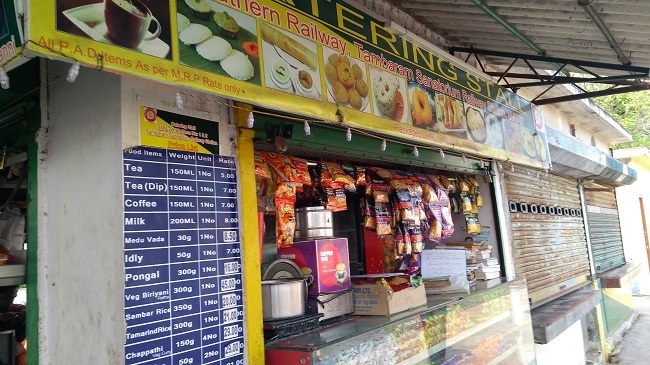 RFL at a Railway Station….

Mahendra is reluctant to share that this has required a considerable amount of legwork and resources from him. He believes it will discourage people, and make them wary of starting more RFLs.

“When people initially came to know about the concept, they wanted to donate books. So I would speak to a few of them, start at 5 am in the morning, make a round with multiple stops and come back with a car full of books,” he recounts. “Sometimes, I would sleep in the car because I’d get tired.”

The problem was that everyone wanted to donate books, but no one wanted to start the library. “Sometimes, people seemed on board with the idea, but they don’t really follow it up with action. I have been wanting to start one RFL library in Bengaluru as well, and got a volunteer too. But they have not really taken it forward after that.”

Mahendra says that he is ready to send some books, and whatever token amount he can from his pocket to help them get started, if only people volunteer.

He also mentions that he is grateful for his wife, who has never raised an objection against him going around the city at odd hours to collect books, and spending money for the RFLs.

Mahendra put together the RFL website in 2016. While he is not very familiar with the internet, he says that he somehow learnt some basics and put it together. “The logo looks very childish, no? I made it on Microsoft Paint,” he says, sounding anxious.

The sole purpose for starting the website, he says, is to promote something called ‘Students Corner’.

It allows students to post requirements for second-hand course books, as well as if they have books to donate. Once they fill a form under that section on the site, other students can see it and get in touch. The donor can either mail the books or have them collected by the recipient, as per convenience.

However, Mahendra rues that this has not become as popular as he would have liked it to be.

He also wishes for more people to start RFLs in their localities. “But, it is quite simple really. You just have to see it from time to time to ensure that the infrastructure, wherever you’ve put it, is okay. You can also start it, madam!” he says, cheerfully.